Menu
Log in
Register
Navigation
Install the app
More options
Dark Theme
Contact us
Close Menu
You are using an out of date browser. It may not display this or other websites correctly.
You should upgrade or use an alternative browser.

Well, my collection has grown again.

I swear I only went into the shop for nightcrawlers, morio worms, and small fuzzy tasties! We all know how that goes, though, and I picked up another dragon. Adult female, around three years old I was told. Previous owners had her on that nasty orange sand stuff and gave her up with kitty litter scoops(poor girl) so she has some "sand staining" on her feet that probably wont come off till next she sheds. I got her and her setup(most of it is crap, but she came with a 40b and some useful light hardware) for 140$, as the shop has housed and fed her for at least a month. She is a real sweetheart and is very very lightly colored, with a fantastically Orange/yellow beard. doesn't seem confident walking around exploring and isn't very clever in chasing food but has an impressive response to feeding tongs, which makes me think she wasn't allowed to hunt or explore on her own. Hopefully ill get her using her brain more soon. She has laid eggs in the past im told, but is a smidge on the skinny side for my tastes in breeding so ill be fattening the girl up before I even consider introducing her to a boy. yesterday she came home and yesterday she ate about 10 morios, a pinkie mouse(f/t), and some blueberries in addition to whatever the shop gave her(I think just kale and carrots yesterday). My tablet has a terrible camera and I don't get a new phone for a week, but here are bad photos that will have to hold you till I get better ones. 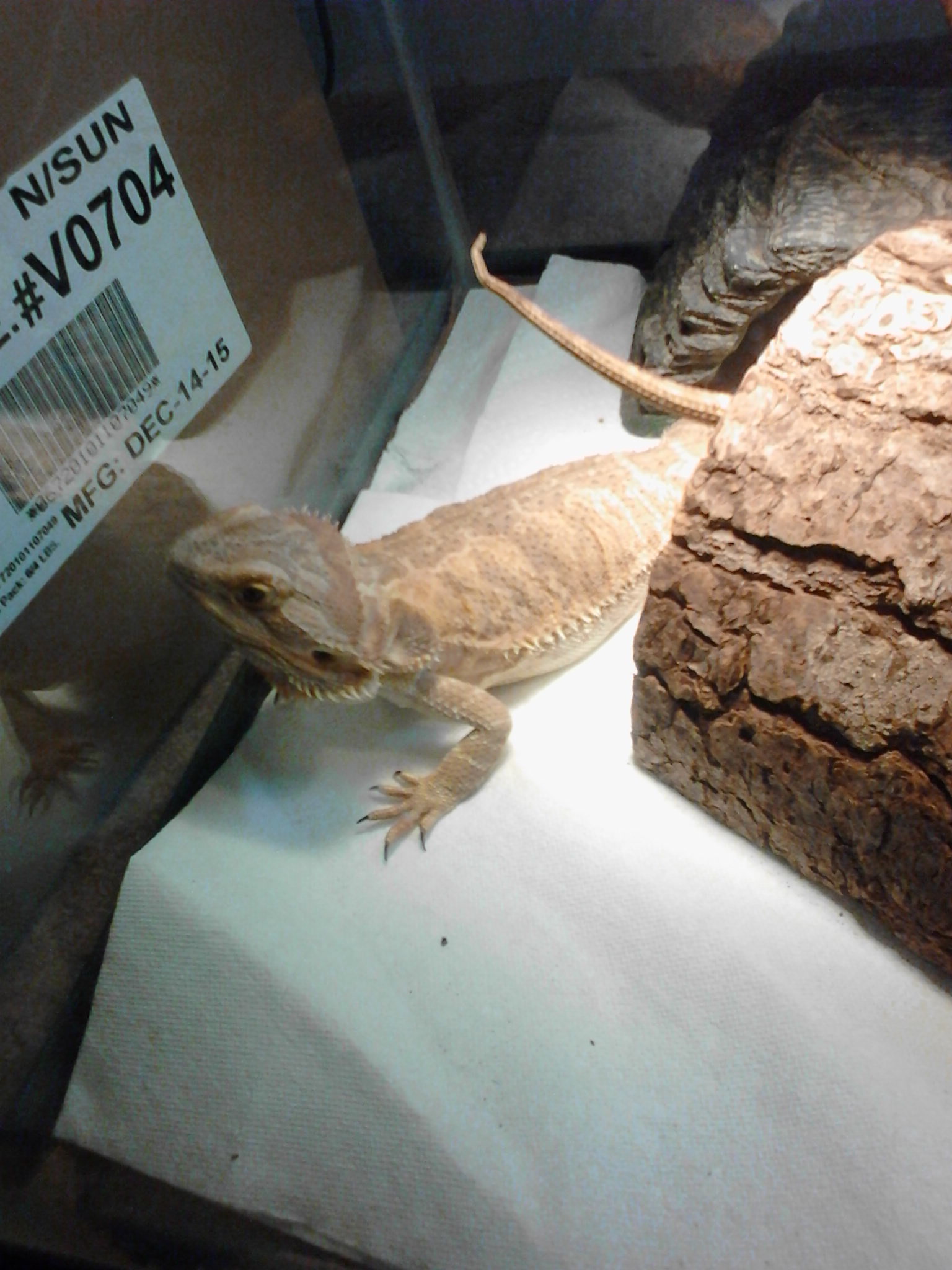 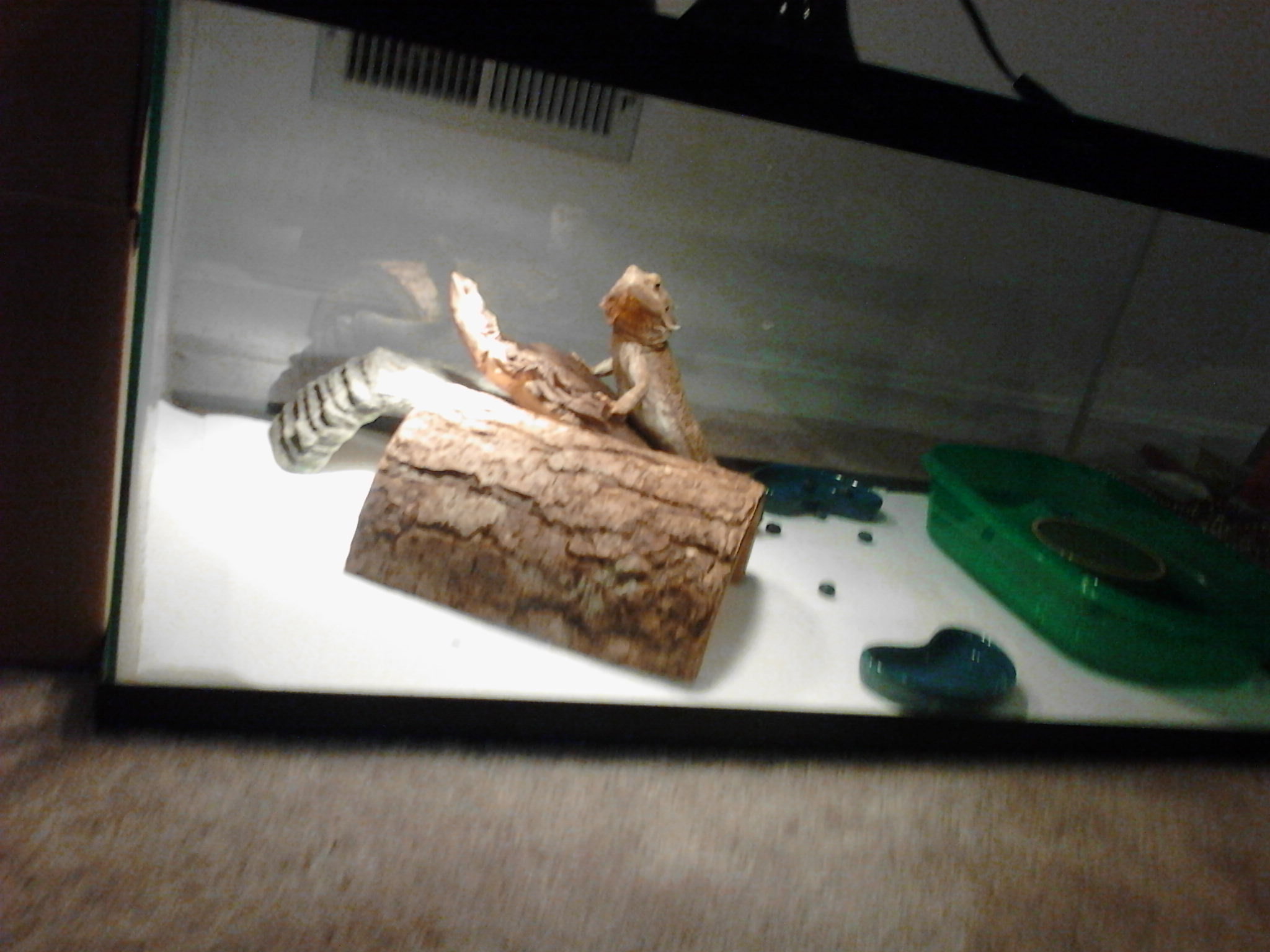